“Great is our Lord, and of Great Power:His Understanding is Infinite”(Psalms 147:5)

This is the 11th – 2028 END – confirmation God has done, and brought to my attention since 2013.  And what’s really cool about this confirmation is the odds of it happening can be calculated.  It’s over a 1 in 50 million chance!  That’s basically impossible!  Except with God ALL things are possible!  Let me tell you the story.

In October 2018 I had finished creating our 10 part 2028 END video series, and I found out in December of that year (while making the DVD cover art) that the series was exactly 280 minutes long.  It blew my mind!  And you can learn all about that in Confirmation #10.

Right after that, God told me to place the 10 videos from the 2028 END video series on the homepage of our 2028 END website, so people would instantly have access to them.

Then He asked me to make a short 2028 END introduction video, and to place that video right above the 10 videos (at the top of the homepage).  This video would then be the first video people would see who visit our 2028 END website, introducing them to the message in the 10 part series.  And it would sit there till Christ returns!

So I did everything God asked.  I created a 4 minute 2028 END introduction video in February 2019, and I uploaded the video to YouTube on Feb 28, 2019.  But when I uploaded the video my eyes were immediately drawn to the 11 digit code YouTube’s bots randomly create for every video uploaded to their site.

This unique eleven digit code becomes part of the URL for the video, so it can be shared online.  A URL is a webpage’s unique “address” so it has a home (and can be found) on the internet.  A screenshot of the introduction video’s 11 digit code is below, or click HERE to see the actual video on YouTube and notice its URL. 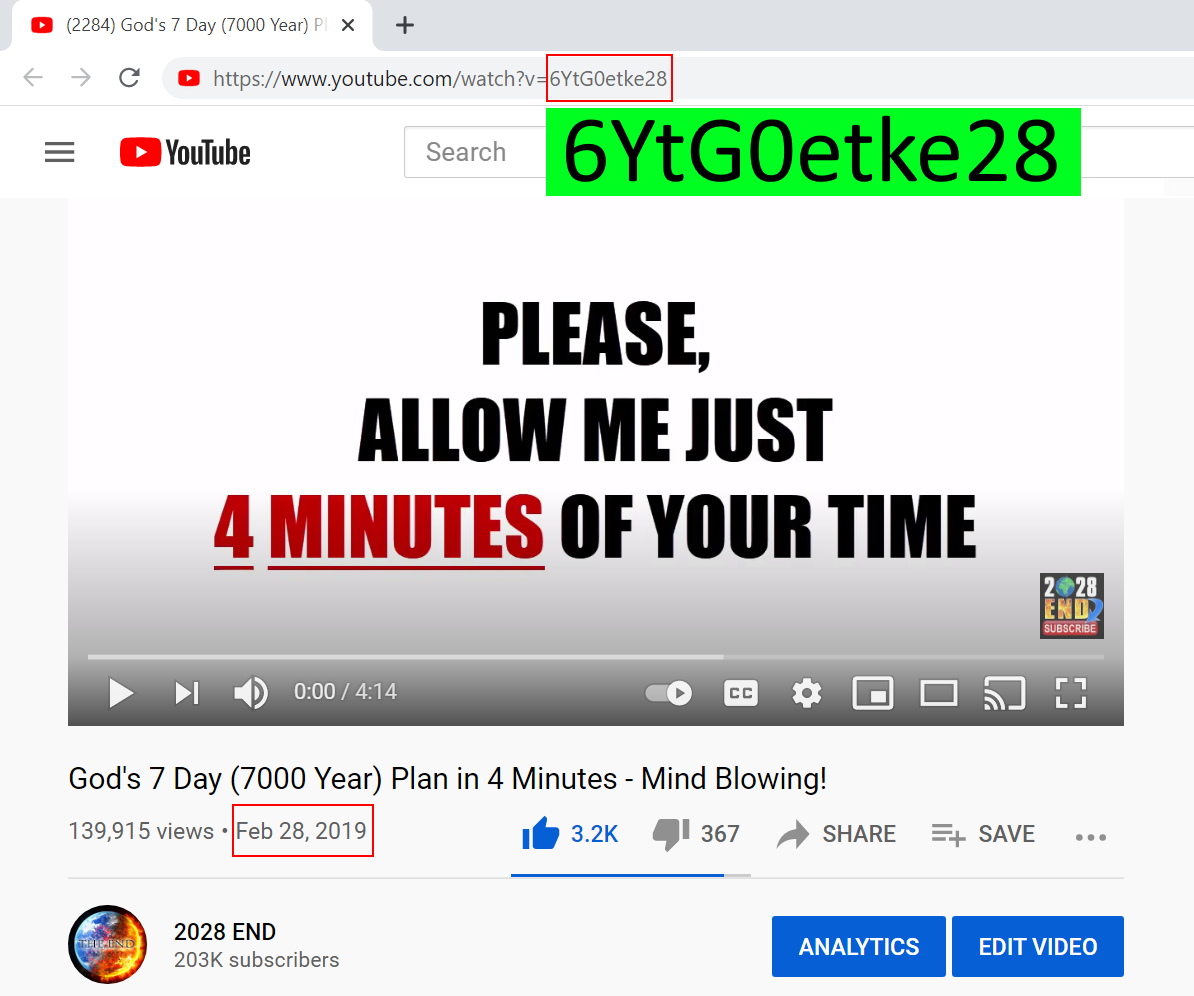 Do you see it?  The 11 digit code YouTube randomly generated for our 4 minute 2028 END introduction video began with a 6 and ended with a 28!  WHAT!?!?!  Friend, this is the message in the video!  This is the message I’ve been speaking for God since 2008!

Guys, this is virtually impossible!  Everything else in the 11 digit code was just meaningless letters, which made the number 6 (at the beginning) and the number 28 (at the end) stand out like sore thumbs!  The code was screaming the prophetic message in the video — Earth’s 6000 YEAR ENDS 2028.

THE ZERO IN THE MIDDLE

When I looked closer though, I noticed what I first thought was a capital letter O in the middle of the code was really the number zero (0).  Well, if you read confirmation #10, you know God told me a zero represents time has ran out.  Time has counted down to 0.  No time left!  In other words, the “end”.

Folks, that’s virtually impossible!  How did God do this?  How can He control computers!  It’s mind-blowing!  But its obvious God kicked out this code for this video — the most important video He had me make to introduce the world to this “2028 END” message! — which will sit at the top of the 2028 END website till the Lord returns!

HOW TO CALCULATE ODDS

Ok, now that you understand how these odds are calculated, we simply need to multiply all the fractional odds (for each of the 11 digits in our YouTube’s 11 digit code), and then set that fraction equal to 1/X, and solve for X.  The odds are as follows: 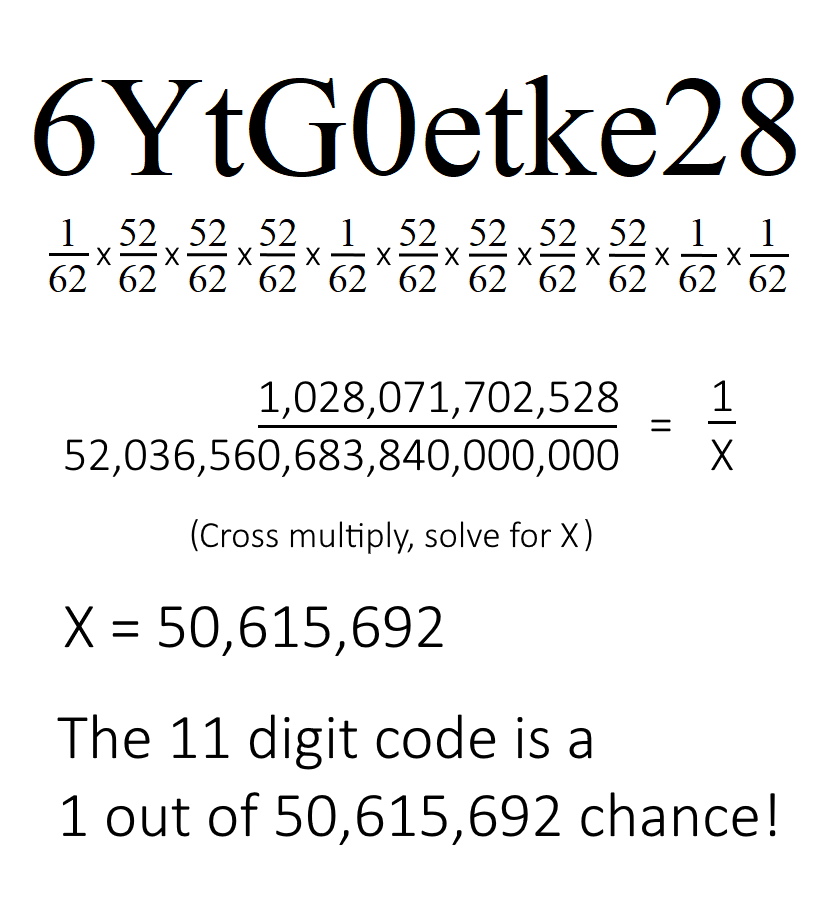 So there you have it, folks!  The odds of YouTube generating an 11 digit code beginning with the number 6 and ending with the number 28 — containing nothing else but letters and the number zero — is more than 1 in 50 million chance!  Yet, that’s what God did!