“Be ye therefore PERFECT, even as your Fatherwhich is in Heaven is PERFECT“(Matthew 5:48)

Today I have something awesome to talk to you about concerning God’s “2028 END” message — perfect numbers!  Perfect numbers!  “What’s that,” you ask?  And how do they relate to “2028 END”?  Well, I’m going to tell you in this post.  And it’s really cool!

So the first thing you should know about perfect numbers is … they’re extremely rare!  If we look at the first one million numbers — that’s all the posiive integers counting from 1 to 1,000,000 — how many of them do you think are perfect?  Only 4!!!  They’re so rare they give all the other numbers inferiority complexes.  Ok, that’s a joke.  But seriously, only 4 numbers are perfect from 1 to a million.

Ok, so before I tell you more about perfect numbers — how they’re determined, what the first 4 perfect numbers are, and how they relate to God’s “2028 END” message — I want to tell you a few things first about God’s 2028 END message.

For those of you who follow this channel, you know God gave me this “2028 END” message back in the year 2008.  And I was commanded by Him to write it down in a book that same year, entitled “Undeniable Biblical Proof Jesus Christ Will Return to Planet Earth Exactly 2,000 Years After the Year of His Death”.

After that (starting in 2013) God began making known to me 2028 END confirmations!  I was blown away!  Never once had I ever thought about God doing anything like that!  Sometimes He would use the full number “2028”, and other times the abbreviated number “28”, both numbers referring to the year of the Lord’s return AD 2028.

Then, two years later (in 2021) I made a confirmation video about this confirmations entitled “1 in 50 million Odds”, and shockingly God ended THAT video’s 11 digit code with another “28”!  He spoke the message TWICE so we would know it’s a SURE thing — Jesus will return Earth’s 6,000th year AD 2028! 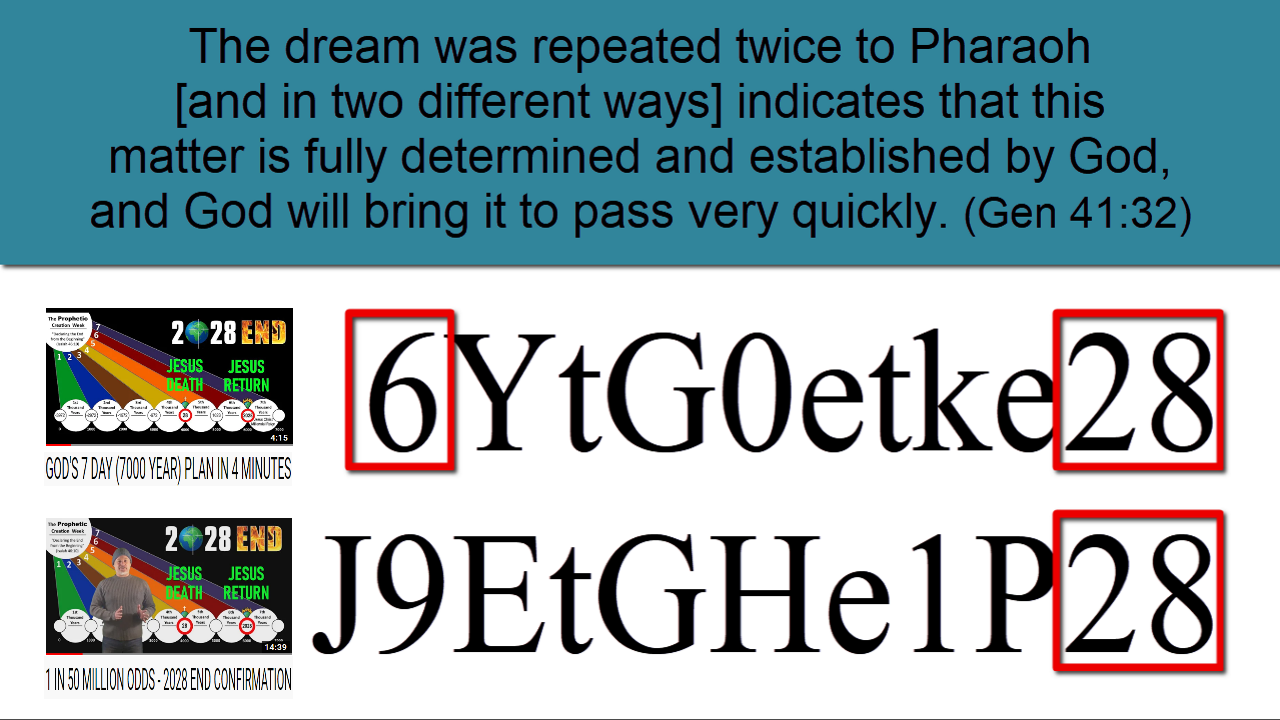 WHAT MAKES A NUMBER PERFECT

Oh, but that’s not all.  Since the invention of computers, we’ve now found 51 perfect numbers in all.  The largest one contains over 49 million digits!  That’s crazy, right?  But get this … every single perfect number ENDS in either a 6 or 28!  What?!?!!!!!!

Wikipedia has a page containing a list of these 51 perfect numbers.  The list shows the number, the total digits, the year it was found, and the discoverer(s). 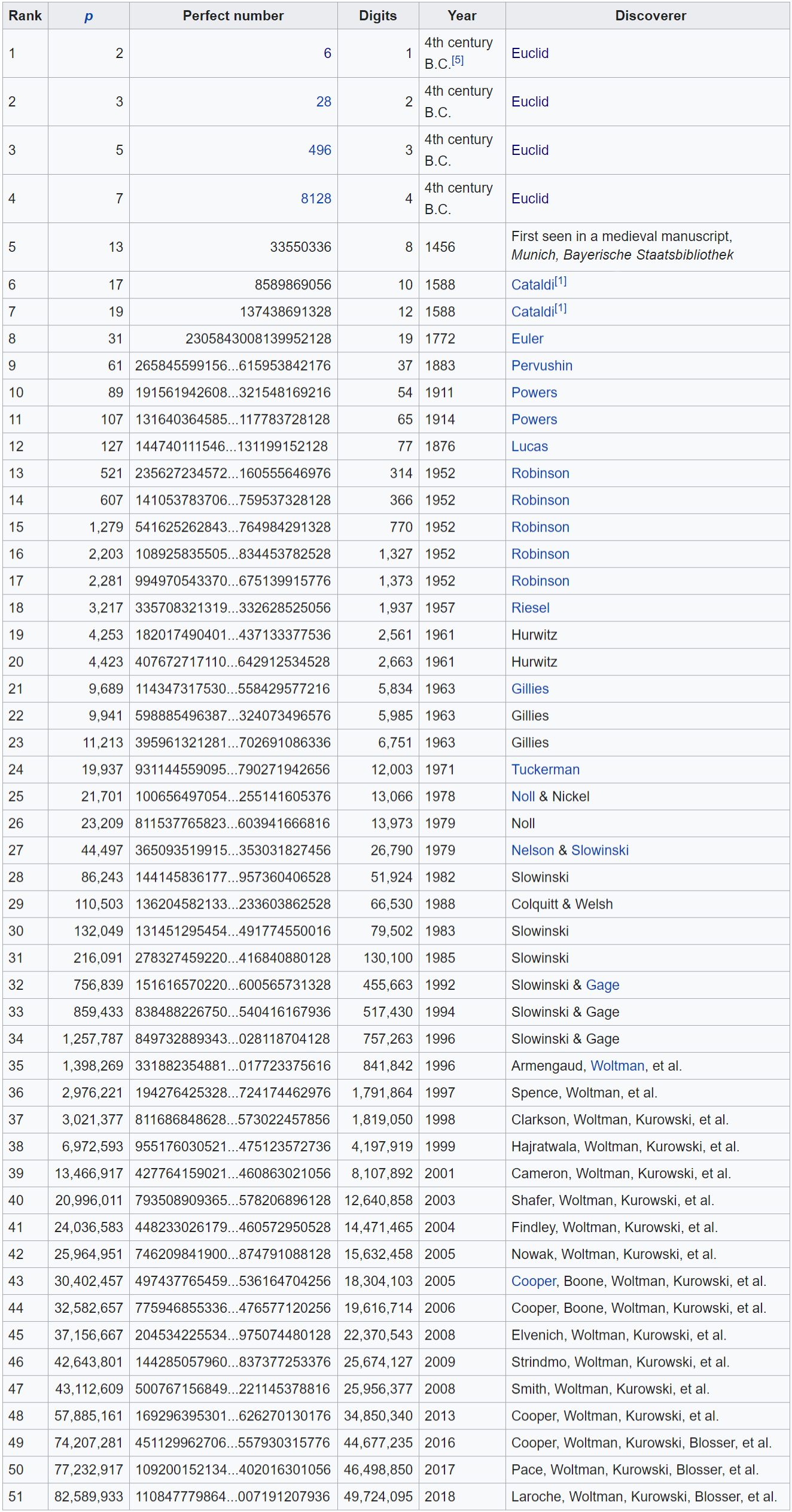 Well, I might have my answer now in the knowledge of perfect numbers!  The ancients thought so!  The Hellenistic Jewish philosopher Philo Judaeus of Alexandria (who lived in the time of Jesus) suggested God created the world in six days because six was a perfect number. 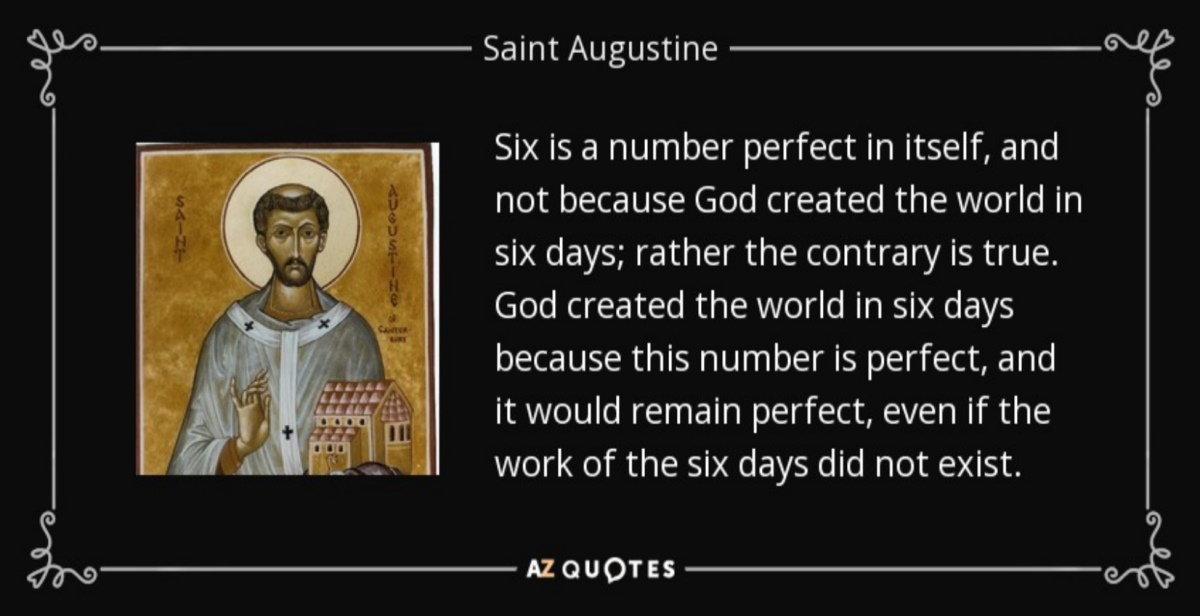