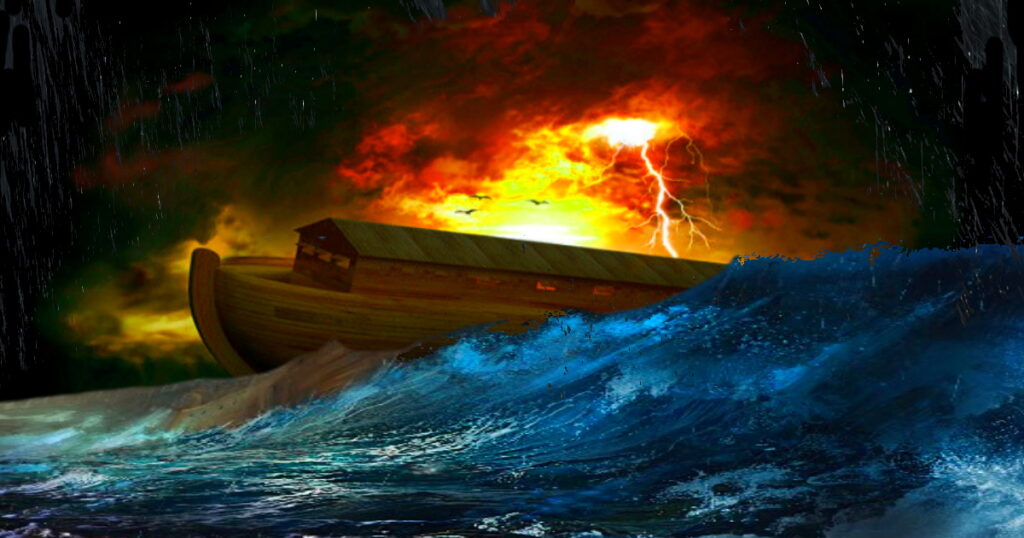 “All the FOUNTAINS of the great deep burst forth,and the floodgates of the heavens were opened.”(Genesis 7:11)

Was there a global flood?  This is another hotly debated subject today.  There’s enough water on planet Earth today (in its massive oceans) to cover Earth’s surface over a mile deep, if it was flattened out.  And flood legends persist in almost every nation, tongue, and tribe.  Hear the fascinating evidence in the videos on this webpage.

In the “Garden of Eden” seminar Kent Hovind fascinatingly describes planet Earth as it was before the worldwide flood of Noah’s day devastated it, giving assurance the Bible can be trusted as an accurate account of scientific and historical events:

Dr. Kurt Wise explores the impact of the Flood on the earth in a series of three in-depth lectures.  This lecture on the “study of sediment,” the first in the series, is an excellent overview of the unique features of the sedimentary shell covering the earth.  It provides an enormous amount of evidence for the reality of the global flood:

In the movie “Noah’s Flood & North America” recent research is discussed confirming the reality of Noah’s worldwide flood.  The six mega sequences of sedimentary rock layers are shown to support the Flood:

ArkEncounter.com – Is there Evidence of the FloodAnswersinGenesis.org – Worldwide Flood / Worldwide Evidence