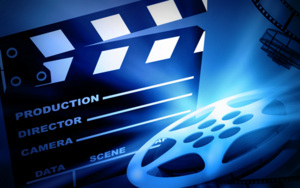 Are you in the film business?  Are you a director, producer, actor, agent, etc?  We here at “2028 END” are looking to get this movie made in top notch quality to be released to the theaters for the masses to see.  There’s no doubt the movie’s plot and message would shock the world!  If you can help in anyway, please contact us below.

In this shocking, yet believable, apocalyptic movie, God reveals secret prophesies He made in each of the 7 Creation Days, foretelling the end of the world in the year 2028.

Seeing the movie “2028 END” is like having the privileged position of being a fly on the wall in the throne room of heaven, eaves-dropping in on a conversation taking place today between God the Father and His son Jesus Christ.  Jesus asks, “Will it be much longer Father, I’m ready to embrace my bride.”  What unfolds next will have people talking about this movie long after it’s over!

God begins explaining how He told the End from the Beginning by utilizing 7 Days in the Creation event, how each of those 24 hour Creation Days foretold of a future 1,000 year period on planet Earth, and how they each contained prophecy about the most important event to occur during that particular millennium.  As He talks, the heavens continually rip back, and we are taken back in time to watch the exciting fulfillment action.  As the evidence builds, the shocking truth becomes clearer and clearer… Jesus Christ will return to planet Earth exactly 2,000 years after the year of His Death: 2028 END!