“When the dove returned to him in the evening,there in its beak was a freshly plucked OLIVE LEAF”(Genesis 8:11)

I called Miguel on the phone, and I talked with him for over an hour.  And I know, that I know, that I know … he’s telling the truth!  He never missed a beat when telling me his story.  In fact, at one point I had goose bumps all over my body, and right then he stopped and said, “Man, I got goose bumps all over me right now!”  Crazy!  So here’s his dream.

DESCRIPTION OF MY DREAM

In my dream it was early morning, and I was in the woods looking at a big mountain.  Suddenly the Lord asked me, “I have a task for you. Walk this mountain and obey my command, and I will reward you at the end!”  So I obeyed and began walking up the mountain.

As I walked, I saw the day passing, little by little.  Then I saw the sun beginning to set, and I had this urge that I needed to find shelter, because I felt the night wouldn’t pass easily.  So I looked for refuge and found a huge cave!  And as soon as I went inside a huge storm broke down.  I couldn’t leave the cave because it was storming so hard.  So I stayed there all night until the storm passed by.

When morning came I knew it was now day 2, and I began my journey up the mountain again.  The walk was hard and I was hungry, but I kept going up because I was anxious to know what the Lord had for me.  I saw the day passing again, the sun setting, and this time I found a huge hollowed-out downed tree to hide in for night.  And again, as soon as I went inside the tree, a huge scary hurricane-like storm broke down!  So I had to stay inside the tree all night for protection.

Then morning came and it was now day 3.  So I continued walking up the mountain.  I was really hungry now, but I kept going upward.  The day passed again, and just as it was getting dark I realized I was on top of the mountain!  It was really dark and there were rocks everywhere, but then I saw something — an olive tree! 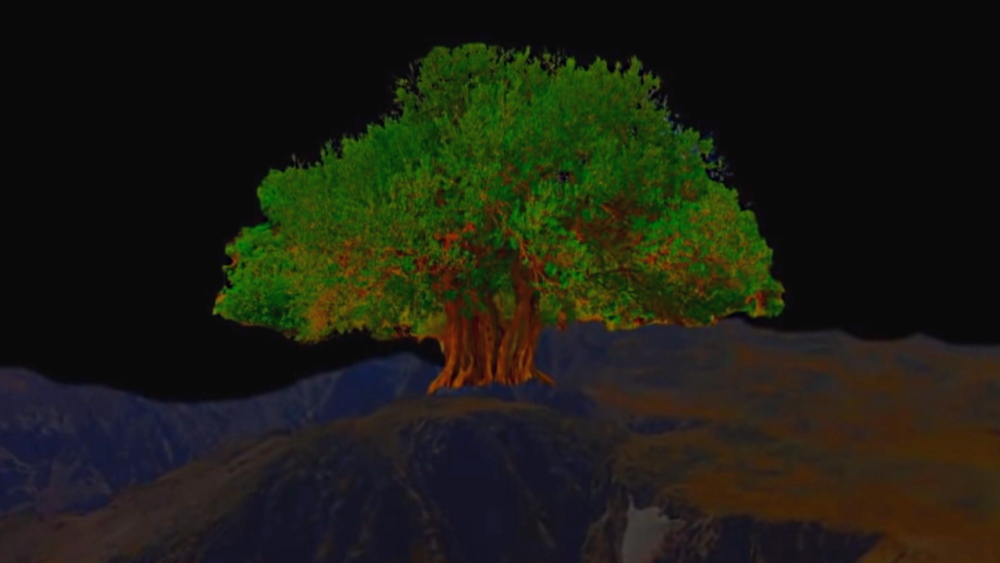 So I ran for the olive tree because I was so hungry, but right when I reached out to touch it (to grab an olive) a huge tornado of fire came down out of heaven and hit the tree!  It threw me back about 20 feet!  Then God’s thundering voice came out of the fire saying:

But the strange thing was this … the entire time God was talking, a small whispering voice (also coming out of the fire) kept whispering the number 28 over and over again!  When God was finished speaking I hit my knees begging for mercy for the whole world.  Then I woke up!

Miguel didn’t know what the “28” in his dream was about.  So he asked his pastor and he told him maybe it means something will happen when you’re 28 years old (Miguel was 26 when he had his dream back in 2017).  But Miguel didn’t think that was correct.  Then, just this year 2021, Miguel came across our 2028 END YouTube channel, and the light came on!  It’s clear now the “28” represented the year 2028!

So what about the 3 day journey up a mountain?  What’s that about?  It represents the 3 year Great Tribulation — 3.5 years to be exact!  During the Great Tribulation it will be hard for the saints, like walking up a mountain.  There will be hunger, because the saints won’t be able to buy or sell, so food will be scarce.  But even so, God will be right there with us, protecting us, just as He provided a cave and a fallen tree to hide Miguel in during the storm. 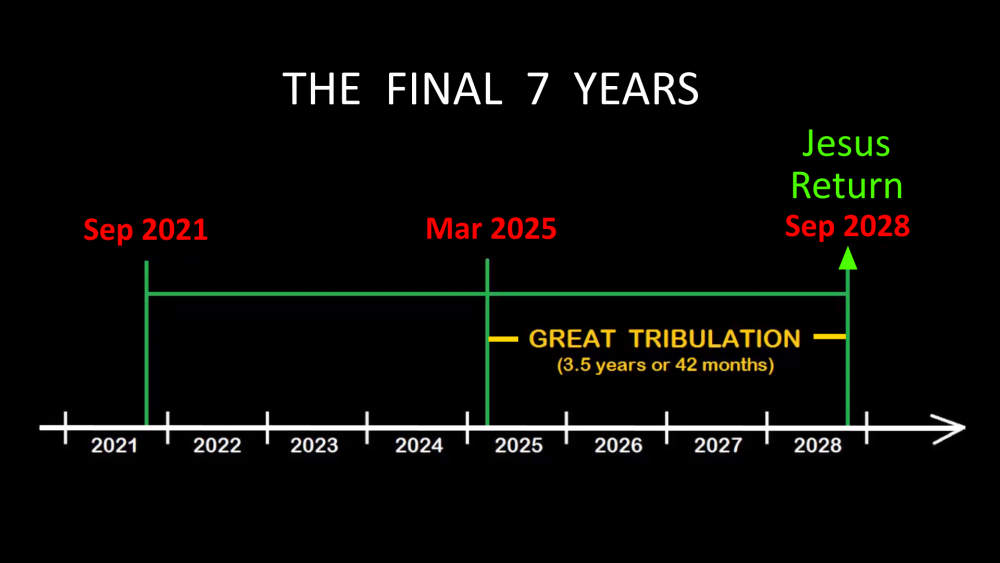 But why was an olive tree the only thing on top of the mountain?  Why not some other tree, like a fig tree or something?  The answer to this goes back to the story of Noah!

If you read my 2008 book Undeniable Biblical Proof Jesus Christ Will Return to Planet Earth Exactly 2,000 Years After the Year of His Death, or watched Part 5 of our 10 part 2028 END video series, you know what the story of Noah is about.  It’s a prophetic story about Christ’s Second Coming!  What happened during Noah’s flood is what’s going to happen at Christ’s return!

One righteous house of people will be lifted up into the air to safety (like Noah’s family in the Ark), while a world of ungodly people perish in a global flood of fire (like all the wicked perished in a global food of water in Noah’s story).  Noah’s story is about Christ’s return.

And after the destruction is over at Christ’s return, Earth’s surface will be regenerated into a glorious paradise, where God will set back down all the resurrected righteous to live with him for 1000 years, just like God set back down Noah’s family (in the Ark) to step out on a new Earth.

And so what was the first symbol of the new Earth in Noah’s story?  An olive tree!  The dove brought back an olive branch.

“When the dove returned to him in the evening, there in its beak was a freshly plucked olive leaf!  Then Noah knew that the water had receded from the earth.” (Genesis 8:11)

So in Miguel’s dream, the olive tree (on top the mountain) was a symbol of the new Earth after Christ’s return.  And when Miguel went running for it, after his 3 day journey up the mountain, God stopped him with a tornado of fire!  Why?  Because before the new Earth comes, fire must come!  A global flood of fire it going to destroy Earth (and all the wicked) at Christ’s return.  And this will happen 2028.

So THAT is what God was communicating in Miguel’s dream.  Before the new Earth comes, the saints have a tough 3 year Great Tribulation to go through.  But God will be there protecting us during that time.

And God told Miguel at the start of his dream, “Be faithful, obey my command, and I will reward you at the end!”  Guys, this is about eternal life!  God will reward us with eternal life if we endure till the end, obeying His commands!

“Blessed are they that do His commandments, that they may have right to the tree of life, and may enter in through the gates into the city.” (Revelation 22:14)

You can eat of the olive tree in the new Earth, if you’re faithful to the end.  And the whispering voice (coming out of the fire) in Miguel’s dream told you the year of the end — 2028.  Glory to God!