In early 2010, I (Gabriel Ansley Erb) prayed to the Lord in earnest that He would please send someone to help me with the online work of this ministry.  It took all of my time, money, and energy in 2008 & 2009 to write, publish, and print 5,000 paperback copies of the book “Undeniable Biblical Proof Jesus Christ Will Return to Planet Earth Exactly 2,000 Years After the Year of His Death”.

And now in early 2010, God was impressing on me to create a website and videos to help support the book online.  The only problem was … I knew NOTHING about websites or video creation.  I was overwhelmed!  And therein lay the reason for my desperate prayer for help.

In the meantime, I bought a book on website coding and another on video creation and began studying.  And thankfully, by summer 2010, I had a primitive website online for the book, which included a link for people to download the book for free read.

It was only a few months after that, and I received an email from a man named Ramsey who lived in Lebanon (the country) desiring to help!  He wanted to create a 10 Love Commandments website, with a 10LC logo and poster, to support the book’s salvation message.

Wow!  I was STUNNED!  Had God heard my prayer?  Would Ramsey really follow through and carry out all the wonderful plans he was talking about?  Only time would tell.

Well long story short, Ramsey and I were in contact almost every day (via email) for the next 3 years!  And all those things put in his heart by God are now accomplished.  Visit our beautiful www.10LoveCommandments.com website to see the results.

We still have never met face to face, but without a shadow of a doubt Ramsey was God’s answer to my prayer!  He helped me so much with all 3 websites now involved in this ministry.  He even coined the phrase “2028 END”.  So he’s the reason behind this www.2028END.com website you’re currently visiting.  I will forever be thankful to Ramsey and his service in helping me deliver this message to the world. 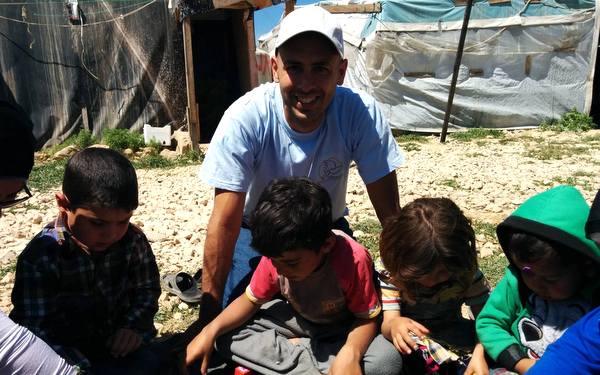 Ok, so that brings us to the very first “2028 END” confirmation.  It was almost 3 years after Ramsey and I had started working together when he writes me to inform me of an exciting nugget of information about himself!  The actual email is transcribed below:

(Note: Ramsey was born in Canada and his family still resides there.) 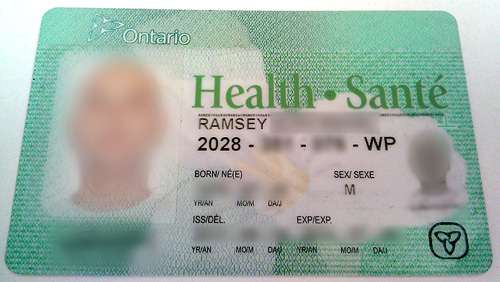 So let’s put this ALL in perspective:

Coincidence?  You decide!  At the time, I didn’t know what to fully make of it.  Why?  Because at the time it had never entered into my mind that God might one day do “2028 END” confirmations.  So I was caught completely off guard by Ramsey’s email!

And I had no way of knowing it at the time, but this was just the START of what God was going to do in confirming this “2028 END” prophetic message He had me write in my 2008 book “Undeniable Biblical Proof Jesus Christ Will Return to Planet Earth Exactly 2,000 Years After the Year of His Death”.

Make no mistake about it, the righteous saints on Earth at the end of the Antichrist’s reign — those WITHOUT the mark of the beast! — will have their health restored at Jesus Christ’s Second Coming (Feast of Trumpets AD 2028) just like Ramsey’s health card is proclaiming.