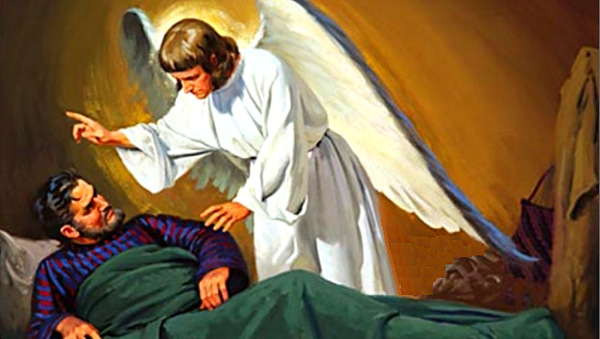 “The LORD Almighty, has told me a decree of destruction, even determined upon the whole earth.GIVE EAR, AND HEAR MY VOICE;give attention, and hear my speech.” (Isaiah 28:22-23)

Hello Gabriel, my name is Ali, I am writing to you from Nigeria.  I am not a pastor and I don’t have a congregation.  I am a Christian.  I have something I want to share with you.  I have held this back for some time but I feel it is of serious global significance.  Gabriel, what I want to share with you may seem like something that is untrue, but I believe the Holy Spirit will give you a confirmation.

In the month of December 2017, about 8 days to the end of that Jubilee year, I was in my bedroom and I heard the Lord speak to me.  Gabriel please believe me on this, His voice was especially clear that day, He spoke in my left ear, His voice was VERY clear, He said:

Gabriel, there was a seriousness in His voice, the way He mentioned the word “LAST” was long drawn and hinted at seriousness, He went like … “LAAAASST”.

Please note: After the first sentence, He paused briefly, and then He repeated again … “THE LAST TEN YEARS”

At first, I was thinking it was about my personal timeline, a sort of mirroring of the pattern of events of my previous decade, but gradually it dawned on me that He was referring to the end of days.  I kept this to myself and went over online to see if there are any who have received a similar word which would serve as a sort of confirmation to me.

I happened upon a YouTube video where a popular man of God called Enoch Adeboye was speaking in a December 2017 cross-over night about things our Lord Jesus Christ had revealed to him about the year 2018.  In that video he confirmed what I had earlier received; he said it was told him that “the countdown to the end starts in the year 2018”; only it appears the Lord did not give him a timeline, but he DID give me a timeline … TEN YEARS!

Still trying to figure out if there are any others out there to whom the Lord has revealed this SECRET, I happened upon your www.2028END.com website.  I was touched at how accurately you got the year 2028 would be the year the millennial reign begins.

In all truth I cannot say good or bad about the months and Jewish festivals you mentioned, but I am 100% certain you got the year (2028) because the Holy Spirit told me the year, and you proclaim it just as I had heard it in the Spirit.

I am greatly humbled that the Lord chose to give this message of an exact timeline not through research or dint of self-effort on my part but the timeline of the end of days SPOKEN DIRECTLY TO ME.

In closing, I would like to request that you ask others to tell as many as they can, OUR LORD IS COMING IN TEN YEARS! (2028).

I trust that the Lord Holy Spirit would help you to confirm my words.

[Note: In an attempt to get as many people aware as I can, I have contacted several ministries around the world with a similar message.  It is sad to say that some ministers don’t seem to take the message of the coming of Christ seriously.  If general overseers and heads of ministries keep ignoring this divine revelation, it’s time we concentrate and share it to the common folk, and all the lowly nobody’s of this world, every villager, every peasant, every despised, broken or struggling Christian we can find.  Because the big men and women, the celebrity ministers, are turning a deaf ear to the express announcement of the coming of Christ.  Gabriel you have a platform, let’s do this!]

I have corresponded with Ali enough times to know he’s telling the truth about what happened to him.  I do not take it lightly to post these 2028 END confirmations on our website.  I want only the truth and nothing but the truth on our website.

Ali told me the closest example he can give for how the voice sounded in his ear was a character named Darken Rahl in the TV Series “Legend of the Seeker”.  You can hear his voice HERE (he’s the long haired guy talking in the beginning).  Ali wrote me this in an email about how the voice sounded:

His voice was loud and clear, He spoke in English, in my left ear.  I could even feel the mechanical sensation of sound as one would if someone were speaking right next to their head.  Normally I would hear a voice coming from somewhere within me (my chest area or head), but this was different, it came from outside of me as though someone were standing right next to me speaking.

The voice wasn’t just ordinary, besides the words, there was another layer (one conveying another meaning – the spirit of the word).  You know like when a lion roars right next to you, besides the sound of the roar itself, there would be the spirit of the roar (the fear inciting element); so also this one had a tone of seriousness in a way that’s difficult for me to elucidate.

If I were forced to illustrate in human terms, the closest to the voice in tempo and equanimity that I’ve heard in earth terms is in a certain series called “Legend of the Seeker”, where a character Darken Rahl speaks.  The composure of that character and the way he speaks come somewhat close to the way the voice which I heard spoke.  They are not the same of course just a weak comparison I can think of.

It was a WORD OF WISDOM.  I had kept it to myself for some days but somehow I began to get uneasy on the inside, it dawned on me the word wasn’t meant to be sealed, so I made contact.

Ali knew nothing of me (Gabriel Ansley Erb) or this “2028 END” website at the time he heard the voice.  So this is the REAL DEAL folks.  It’s becoming obvious to me, God will speak when, wherever and to whomever He wants to confirm His son’s return AD 2028.  God help us all!