“In the last days, I will pour out my Spirit on all people.Your sons and daughters will prophesy,young men will see visions, old men will DREAM dreams”(Acts 2:17)

Friday the 13th, November 2015, at around 7 am in the morning, Gabriel Ansley Erb had a shocking dream about flying 2″ x 10″ x 16′ wooden joists, causing destruction, that foretells the destructive end of the world (Jesus Christ’s return) in the year AD 2028.

I was in a large room (maybe 80 feet wide by 100 feet long) with a flat ceiling about 9 feet high, square support columns scattered throughout, and big glass windows.  Tables were setup throughout the room and benches along some of the outside walls, and lots of people were sitting at the tables and on the benches listening to a speaker talking (or singing) in a corner of the room.

I was in the far corner of the room (opposite the speaker) leaning against one of the support columns listening to the speaker.  As I listened to the speaker, I noticed a large pile of lumber stacked outside a window on the right hand side of him.  And being a carpenter by trade, I instantly knew they were joists sized 2” x 10” x 16’.

Then, all of a sudden, one of the joists began to shake and suspend (or hover) a few inches up into the air, and then it flipped over and landed flat again!  There were no workers around, so it just appeared to magically happen.  And I was amazed at that, still watching, trying to figure out how that just happened.

About that time, I saw the ENTIRE PILE of wood lift up off of the ground, as if some strong wind picked it up, and it was trembling.  And just like that, one of the 2” x 10” x 16’ joists came flying violently through the window, sailing parallel with the floor, a few feet off the floor, and impaled into the wall behind me!

And then, here came a bunch more!  Flying through the room!  People were diving this way and that, people were trying to dodge out of the way!  It was horrible!  And then I saw one was coming right at me!  So I got behind the column I was leaning against, and right when it was about to hit the column, I jumped up and the beam went crashing through the column and crushed some people behind me who were kneeling down.  The joists were causing massive destruction!

After awaking, I tried to understand what was meant by the joists being a date.  Did it mean Feb 10, 2016?  Was something terrible going to happen on that day just a few months away?

Well, long story short, that evening around 6 pm I received a comment on our 2028 END website from a man named David who had lost a cousin the previous day (Watch video at top of this page) who then did some serious reflecting on life and when Christ would return.  He asked God to show him in the American Stock Market move that day, which was Friday November 13, 2017.  And guess what it moved?  Exactly 202.8 points down!!!  STUNNING!!! 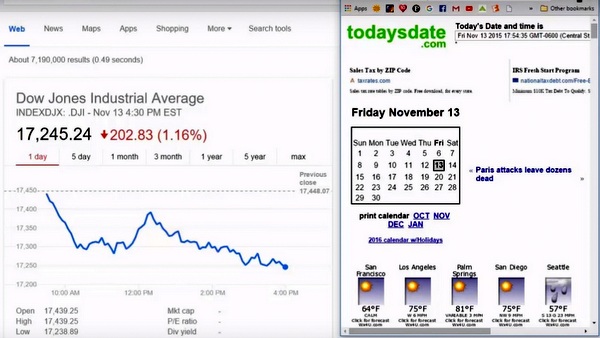 At that point, I took a drive with my wife, and all of a sudden the light went on for what the date meant in my dream that morning (the numbers were to be added together!) … 2 + 10 + 16 = 28 !!!  My dream was ALSO a prophecy of the year of Christ’s return, showing the awful destruction that will occur during that event — AD 2028!

I talked to my mom today, who still lives in Pennsylvania, and she told me she spent all day cleaning things out of her truck, to get her truck ready to take to the body shop.  Then she said, “Oh, didn’t I tell you about this, Gabe?”  I said, “No .. what happened”.

“Ah, she said, on Nov 13 … Fri 13th (oh, I don’t believe in that stuff!) … anyway, I heard a loud crack, and I went outside and found a huge tree limb had fell on the hood of my pickup truck.  I usually always have my truck parked in the garage, but that morning I didn’t.  It damaged the hood and bumper badly.  So I’m taking it in to get fixed tomorrow!”

I waited two days until I called my mom back to tell her about my dream.  She listened as I told her every detail for about 10 minutes.  And when I was finished she said, “Gabriel, do you know your grandpa (her dad) was born Feb 10, 1925?” 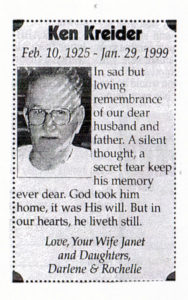 I was shocked!!!  Why?  Because this entire “2028 END” message began with God creating a shadowed profile face of my dad on my refrigerator door on May 6, 2005, which was the day my dad was born!  And now, God brought this message full circle by confirming the message he’s given me (of the Lord’s return in 2028) by miraculously including the date my grandpa was born in the confirmation!  It’s as if God wanted to tell me, my dad and grandpa are in heaven, and they know about this work I’m doing, and they are excited for me!  My dad and my mom’s dad (my grandpa) were the ONLY two father figures in my life.  My dad’s dad died before I was born.

So, NOW you know the rest of the story!  Long story short … the dream I had was NEVER about anything destructive happening Feb 10, 2016, instead it was a remarkable confirmation (and encouragement for me) of the message God has given me to speak to the world … Jesus Christ will return to planet Earth during the 2,000 year after the year of his death – 2028 END (Feast of Trumpets AD 2028). 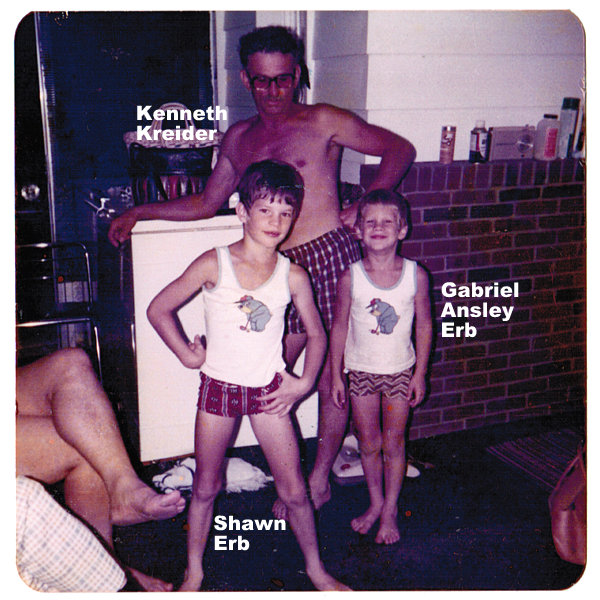 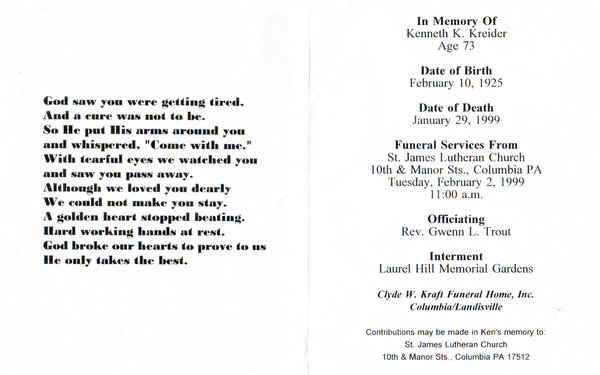