“The Lord Jesus shall be revealed from heavenwith his mighty angels, in FLAMING FIRE“(II Thessalonians 1:7-8)

In March 2020, God revealed something to me (Gabriel Ansley Erb) about my town of Donelson, Tennessee — where I live — that FLOORED me!  It was a MASSIVE confirmation of Christ’s return in the year AD 2028.  Let me tell you the amazing story.

But before I tell you about the amazing confirmation, first, I need you to know what God led me to write in my 2008 book entitled “Undeniable Biblical Proof Jesus Christ Will Return to Planet Earth Exactly 2,000 Years After the Year of His Death.”  Because without knowing this, you won’t be able to grasp (understand) the FULL WEIGHT of this stunning “2028 END” confirmation.

What you need to know is this … throughout my book God had me prophesying Jesus Christ is going to return in FLAMING FIRE Earth’s 6,000 year – Feast of Trumpets AD 2028.

Realize, this truth is little preached today!  Almost no one in the church world today preaches the destruction of Earth at Christ’s return.  But I did!  On the day Christ returns the ENTIRE SURFACE of planet Earth will burn in fire, burning up all the (beast-marked) ungodly people and everything on Earth.  Here’s an excerpt from the book:

Most folks today — even preachers — are dreadfully unaware of what is going to take place on planet Earth at the end of the 6th millennial day (6,000th year).  But friend, without a doubt, it will ALL go down like the story of Noah predicts!  Planet Earth will not vanish from our solar system, but its SURFACE will be TOTALLY DESTROYED like it was in Noah’s day …

Peter writes about it: “But the day of the Lord will come as a thief in the night; in which the heavens shall pass away with a great noise, and the elements shall melt with FERVENT HEAT, the earth also and the works that are therein shall be BURNED UP.  Seeing then that ALL these things shall be dissolved, what manner of persons ought ye to be in all holy conversations and Godliness” (II Peter 3:10, 11).  Do you see?

Heed Peter’s words and clean up your life because the GREAT BONFIRE is about to happen!  Stop wasting your life striving to obtain worthless dirt possessions!  They are ALL going to burn!  Rather, strive to be holy, righteous, and blameless — i.e. strive to be “GODLY” (obey the 10 Love Commandments).  (pg 85/86)

Even at the end of the book, in the last chapter (Chapter 20 – Joshua) I was still prophesying/writing:

There you have it … everything was DESTROYED WITH FIRE, while only “one house” of souls was saved above the mayhem.  It, again, could not have been a more perfect, prophetic picture of Jesus’ 2nd Coming, just like the stories of Noah and Lot!  (pg 385)

And of course (throughout the book) I was prophesying Earth’s 6,000 year will arrive AD 2028, which is the year Earth’s surface will completely burn in FIRE at Christ’s return:

Listen to me, it is ONLY because of these things God had me write in my 2008 book — FIRE will burn Earth at Christ’s return AD 2028 — that the confirmation I’m about to tell you about is the REAL DEAL!

Alright, so here’s what happened.  On March 4, 2020, my wife and I were sitting at the traffic light right beside the fire station in our small town of Donelson, TN.  And my wife just happened to look over and see the small writing on the fire station’s brick wall — Metropolitan Fire Department Engine Company No. 28. 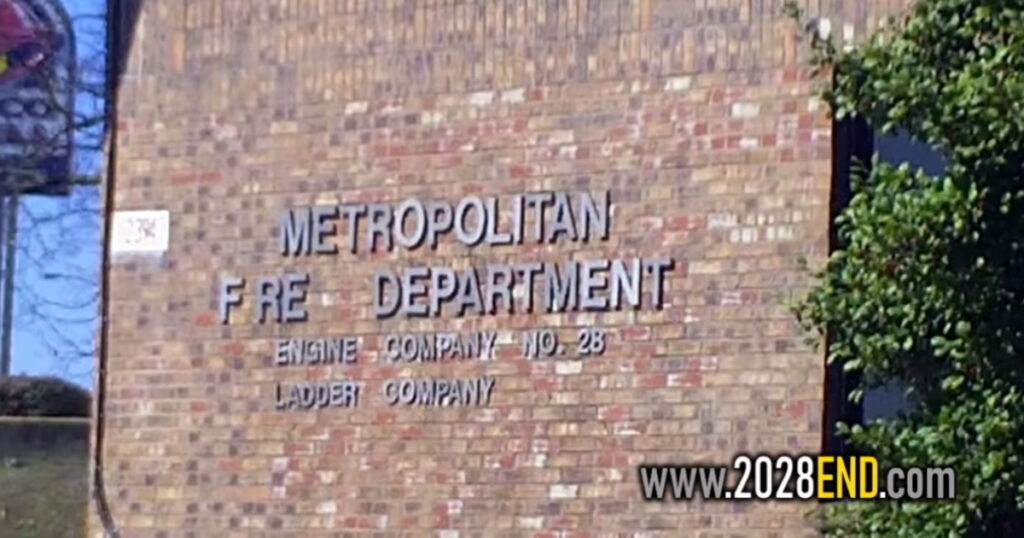 Oh, my goodness!!!  WHAT?!?!  I could hardly believe what I was seeing!  My town’s FIRE station is #28 town?  No way!!!  My mind was swirling!  How could I live in Donelson, TN for the past 20 years of my life and never know our fire department is station 28?  Shocking!

Oh, but there’s more!  It was a few weeks later when a thought hit me, “Have I REALLY lived in Donelson exactly 20 years when I learned this 28 FIRE confirmation?”  If so, this would be 20-28!

Guys, this means it was important to God to wait until I (the prophet) lived in this town of Donelson for exactly 20 years, until THEN He would allow me to discover Donelson’s fire station is #28.  That’s 20-28!  That’s 2028 END!!!  Mind-boggling!  Watch the video below about this:

After this, I did research on Nashville and learned they have a total of 41 fire stations (see image below).  Of those 41 stations, the Donelson, TN station is not only fire station 28, but it’s also engine 28, truck 28, medic 28, and district 28!  In other words, the tiny town of Donelson, TN is pregnant with the number 28!!!

I had no clue of any of this!  As I wrote in my 2008 book, I was born and raised in Lancaster, PA.  I then moved to Tennessee in my 20’s.  So how is it possible that God planted me in FIRE 28 town — without me having a clue! — and then gave me a FIRE 28 message: 2028 END?  And yet that’s exactly what God did!  And I’ve been here in Donelson ever since — still to this day! — doing everything concerning this ministry (books, videos, and websites).  Amazing! 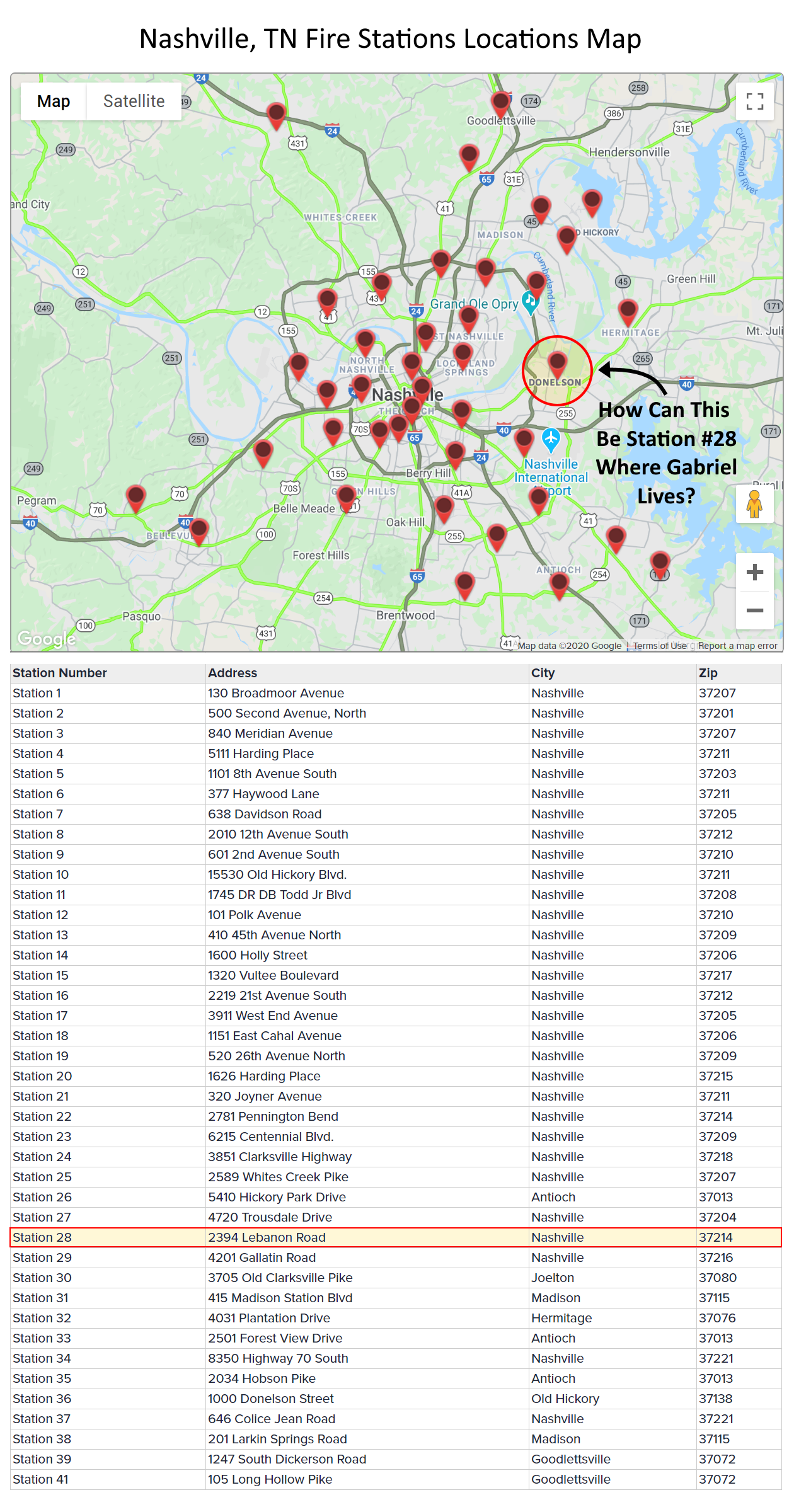 Back in AD 2008, while writing my book “Undeniable Biblical Proof Jesus Christ Will Return to Planet Earth Exactly 2,000 Years After the Year of His Death,” God told me to make it VERY CLEAR the ENTIRE SURFACE of planet earth will BURN with FIRE on the day of Christ’s return — Feast of Trumpets AD 2028 — burning up all the (beast-marked) wicked people and everything on Earth. 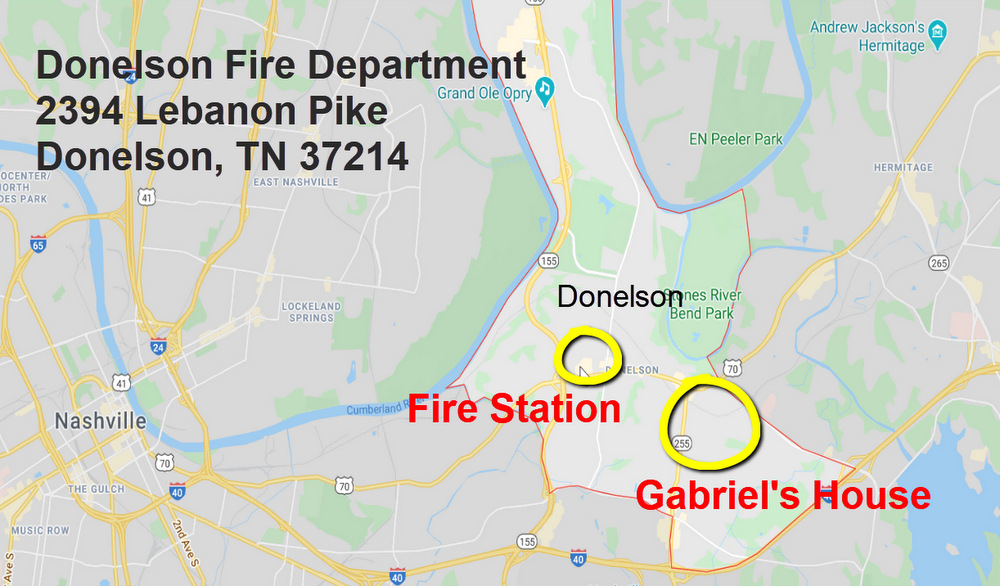 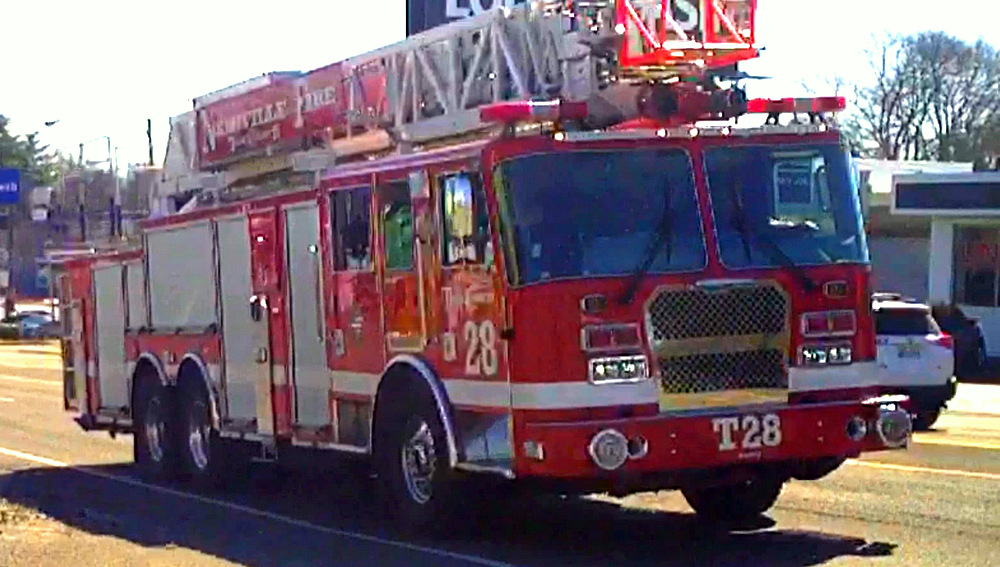 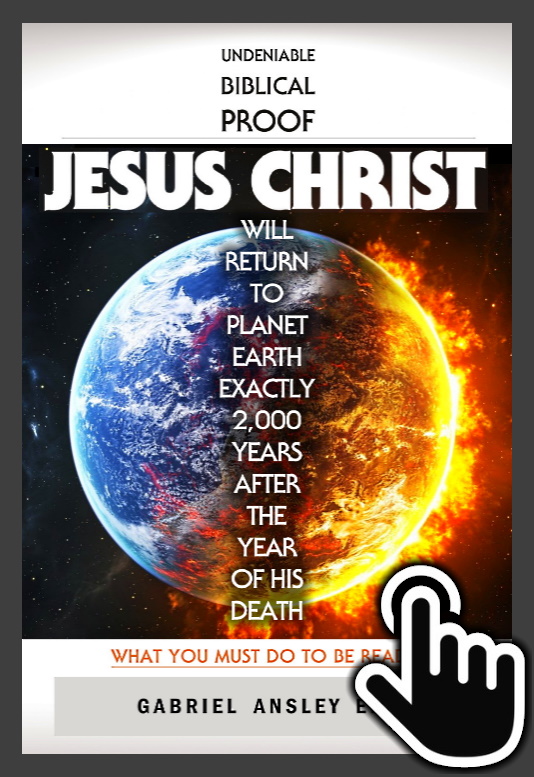 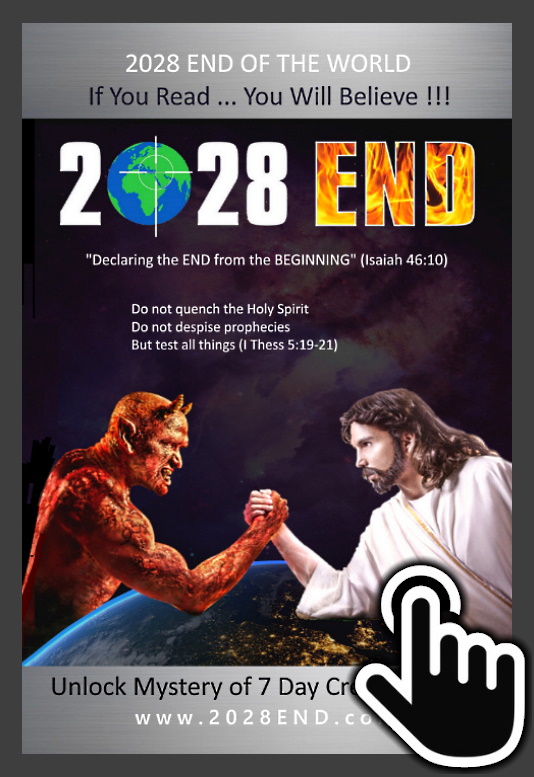 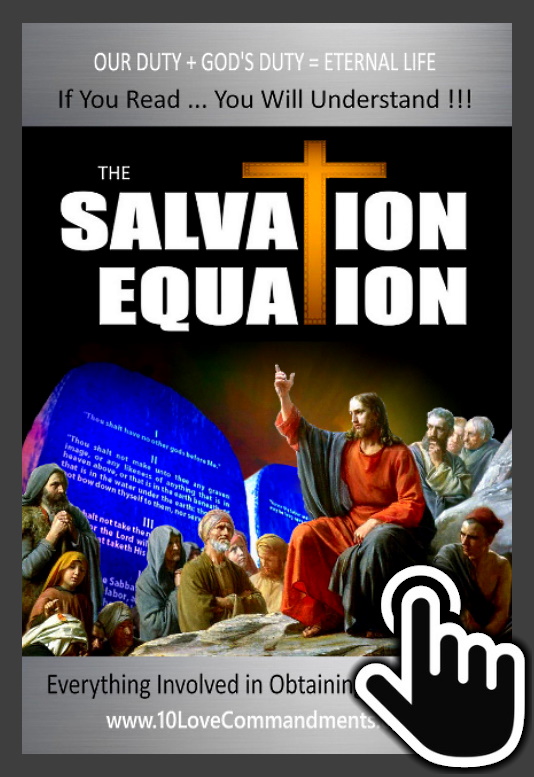 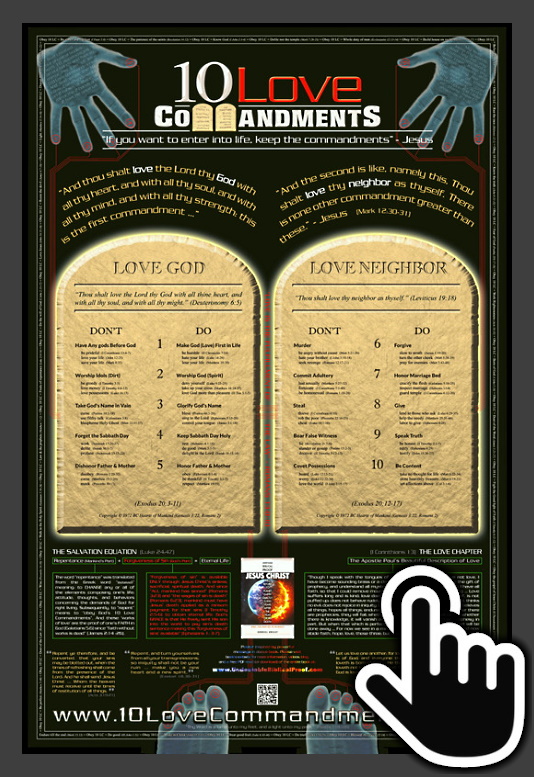 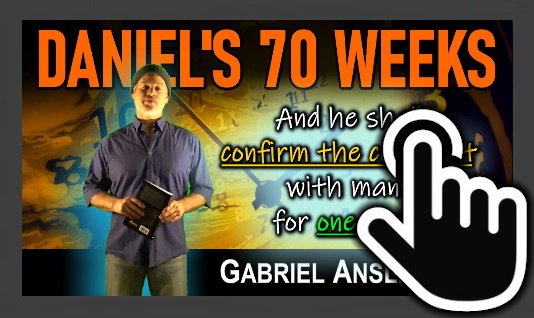