Michael Rood is a nondenominational minister who has spent a lifetime researching the chronological aspects of the Bible.  Today, with the help of NASA and the written record, Michael Rood believes with absolute certainty that Jesus’ ministry was only 70 weeks long (a little over one year) beginning with his baptism in AD 27 and his death on the cross Passover AD 28.

One HUGE factor in helping one believe Christ’s ministry really was only one year long (as opposed to 3½ years, as most believe today) is God’s specific requirements for the Israelite’s Passover Lamb back in Egypt.  How so?  Because those requirements were ALL confirmable prophecy about the coming Messiah, Jesus Christ, who would be forever known as the Lamb of God!

The lamb was to be as follows:

These eight requirements were fulfilled precisely by Jesus, in the fact that he was a man, having never sinned (without blemish), didn’t have a bone broken in his body (even while on the cross), taught his flesh must be eaten for eternal life, blood stained the top and two sides of a wooden cross, was chosen on the tenth of Nissan (riding into Jerusalem on a donkey), and was killed on Passover, the fourteenth of Nissan!  Wow!  So, what makes you think God’s requirement for the lamb to be of the first year (one year old) was not also fulfilled in Jesus?  It almost certainly was!  And thus, it makes sense that Christ’s ministry was very likely only one year long!

Forty two years before Jesus was born, the Julian calendar was put in place, and the Julian calendar still remains today the time clock of astrophysics.  And we can go back, and take that calendar back to any point in time to 45 BCE, to January 1st when it was instituted, and we can know exactly what day of the week it was on, no problem!

But it took over 38 years of work to reestablish the ancient Biblical calendar, which is based on the phases of the moon, literally, the first sliver sighting of the new moon was what began the month.  And there is no question about this, historically, the writings of the rabbis, the Pharisees go back 300 years before the New Testament written, and we know exactly what was done in the Second Temple period.

But, until NASA put mirrors on the moon, shined laser beams off them for a 10 year period, running the calculations through the cray supercomputer, we did not have what we needed to be able to establish the visible sighting criteria of the new moon to take us back to that time.  So now we can go back with all the Roman records, the Biblical records, and know with absolute accuracy, dead on to the day, of exactly when the crucifixion took place, the day the resurrection took place, and when Yeshua was born.  It is all there, there’s no question about this at all except among the ignorant who have not studied this …

What we have is the entire prophetic picture of the Lamb of God, the Passover Lamb as the sacrifice, the substitutionary sacrifice.  The year that Yeshua was crucified, Passover, the Passover sacrifice, was done on a Wednesday, that was the 14th day of the month of the Aviv (Nissan).  He was sacrificed/crucified at the very hours that the Passover lambs were being sacrificed on the Temple mount, which according to Josephus around that period was around 250,000 lambs were being sacrificed that afternoon.  He (Jesus) was on the cross at that very hour.

It was Eusebius, the champion of Constantine the heretic – you know, the one who brought in all the pagan sun God worship, and made Rome a Christian empire with the stroke of a pen, without one convert – it was Eusebius, the Bishop, the overseer at Ceserea … and he came up with (and this was his statement), “Jesus’ ministry was three and one half years, which is one half of a week.”  That immediately tells you that he is one of a million people that attempted to understand the prophecy of Daniel (which now occurs in the 9th chapter after chapters were added) … but that messianic prophecy he’s trying to decipher it, and so, he came up with this ridiculous nonsense of a three and a half year ministry.

And that is the beginning of putting Constantine in the place of naming himself the Pontifus Maximus, the Almighty God upon the Earth, the vicar of Christ.  And that the Messiah isn’t really going to return, all prophecy’s been fulfilled, and Jesus’ ministry was three and one half years.  Absolute lunacy!  Absolute heresy!  And yet that’s what we inherited through Rome … 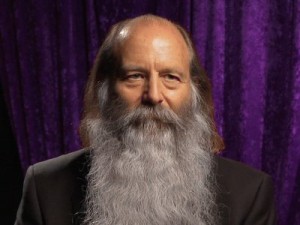